Unit A is a research-led BSc Architecture Design Studio at the University of East London, lead by Carsten Jungfer and Ferndanda Palmieri. We collaborate with external partners and work with live-projects in East London. 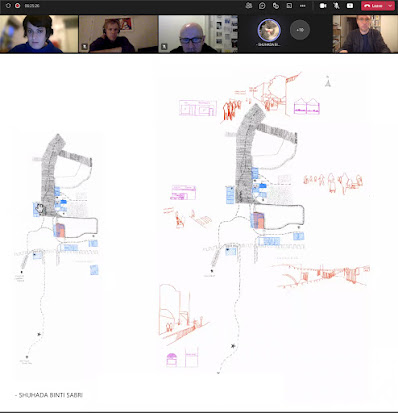 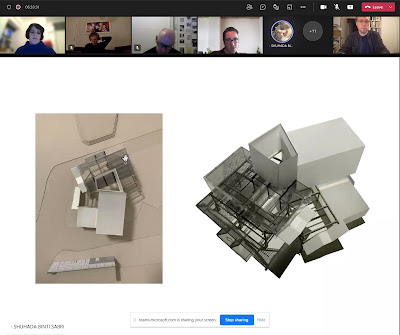 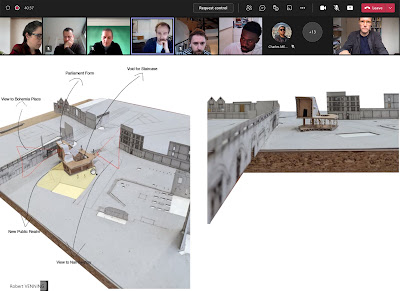 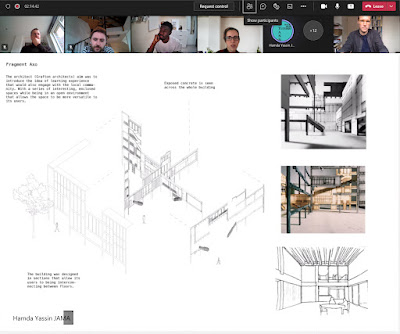 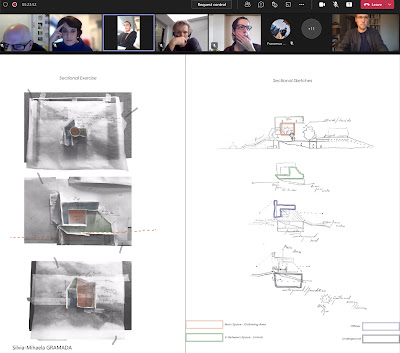 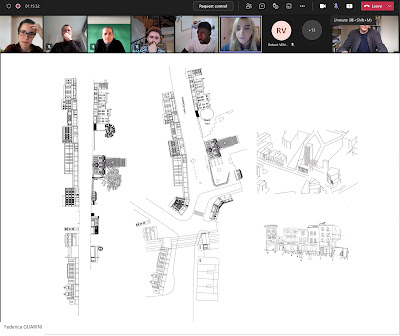 Mapping: A Critical Tool for Sustainable Design in Architecture and Urbanism? 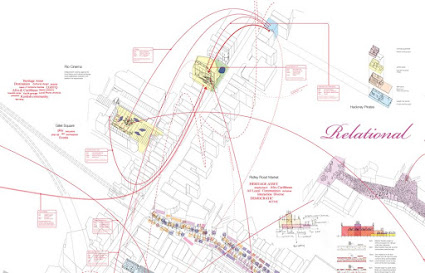 The understanding of context is a fundamental part of the architectural design process. Designing a new building really starts with looking at what already exists, before the first design responses are formulated. Context to be understood not only as a specific spatial surrounding, but expanding to the social, economic, cultural and ecological realms that form a complex multi-dimensional 'constellation' or relationships.
The ongoing transformation of our socio-spatial built environment is accelerated by the effects of climate change including the pandemic. Over the last years the considerable speed and impact of change onto urban neighbourhoods and our way of life has become evident. While Habrakens 'concept of field' explores the relationship between context and the architects' interaction within it, the realisation of the Anthropocene and its cause, now requires radical rethinking. What new tools are needed to better understand processes of the 'relational', the 'unknown' as well as unprecedented modes of transformation, such as step changes?

Over the last years, Fernanda Palmieri and Carsten Jungfer of unit A, have developed a set of new and innovative analytical tools that aim to expand the understanding of urban conditions under change, by critically questioning traditional methods used for architectural mapping.

The alternative tools have been developed through a research-lead design studio culture together with year 2 & 3 students of unit A at the BSc Architecture Programme at the University of East London. Using East London neighbourhoods as 'testing grounds', the tools explore dynamic urban contexts through methods of immersion: data is collected by groups of students working at street level, by first-hand observations, experiences and through dialogue with passers-by, residents, stakeholders etc.   Contrary to traditional mapping techniques, that tend to focus on representational simplification of knowledge that already pre-exists, the alternative tools aim to discover genuine new and 'unknown' objectives, hidden layers, secret activities and new patterns of knowledge and without predetermined ideas of representation. Analytical 'moments' can be described as personal observations, 'findings', relevant 'individual encounters', that are recorded on site and respectively drawn using any suitable hybrid-drawing technique. This 'sampling' of numerous socio-spatial conditions are then re-contextualised through means of collective discourse, which allows a group to construct and verify a layered multi-dimensional representation of underlying patterns across various scales. This unconventional approach to mapping was acknowledged by London Borough of Hackneys' planning department in 2018, which consecutively commissioned Unit A to carry out a comprehensive socio-spatial mapping of Dalstons' town centre with a focus on its community stakeholders: Relational States of Dalston Research Project. The unique findings form this research project became part of the evidence-base that when on to critically inform the recently published Dalston Area Action Plan 2033 (see page 49)

In June 2021, Fernanda Palmieri and Carsten Jungfer, were invited by the Faculty of Architecture at the Technical University of Munich to talk about their ongoing research in this field.  As part of the 'Thick Mapping' seminar, lead by Norbert Kling and Anastasios Roidis at the Chair for Sustainable Urban Design, Fernanda and Carsten presented mapping methods and tools developed with the Relational States of Dalston research project. 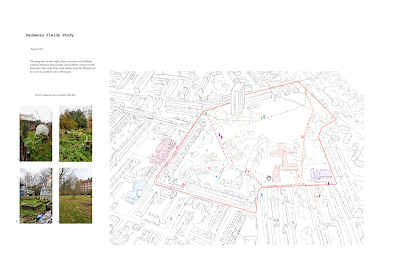 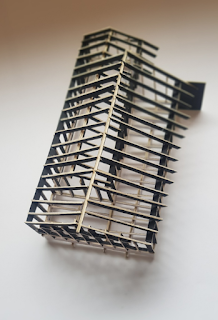 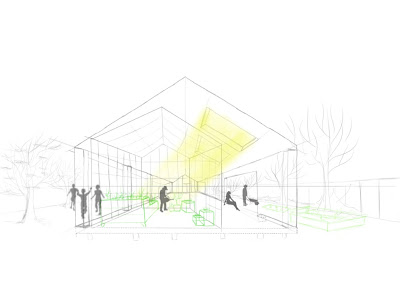 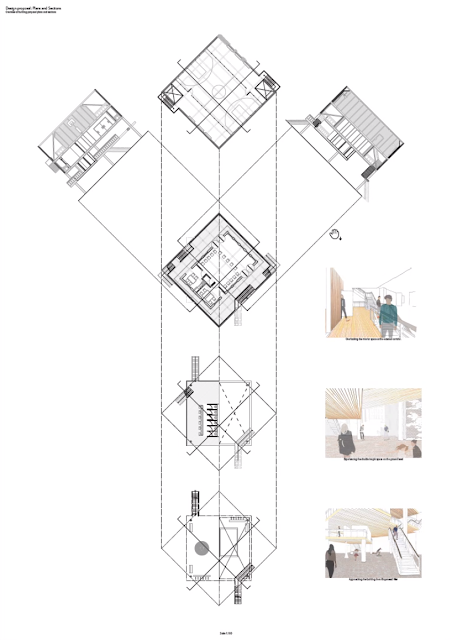 Some snap-shots from our Final Reviews day 1:  impressive work from students (work shown by Aya Nasr and Muhammad Tawfik) and super constructive feeback from guest critics with discussions on strategies for youth-friendly design approaches for Clapton Park, Hackney (our study area for this year). 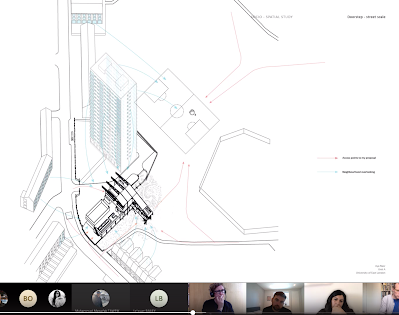 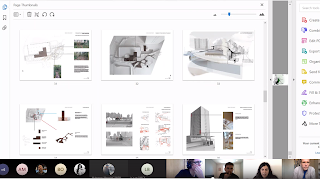 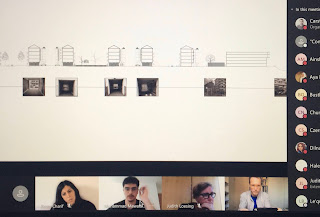 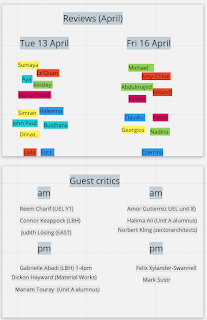 During 2020, the way we live, work and interact within our cities has radically changed due to the coronavirus pandemic, which disproportionally impacted dense urban environments such as East London. Within the pandemic scenario, travelling across the city to work and to carry out daily activities became unfeasible, while a life-style that embraces local activities and reduces travel distances became more desirable.
Transport for London and Local Authorities responded to this quickly by taking temporary measures that accelerate the adoption of innovative policies to rebuild healthier, fairer and more sustainable neighbourhoods including the introduction of low traffic zones, the improvement of infrastructure for cycling and walking, and improvements to the public realm with a more child & youth friendly approach.
Our cities changing and we are interested in how this shift can positively impact urban renewal at local scale. As a continuity to our research into civic spaces, this year we will investigate opportunities to improve the quality of life in London by focusing on spaces for the Youth across a range of scales, inclusive spaces for Playing, Meeting, Learning, Exchanging and Caring. The design proposals will be informed by the idea of neighbourhoods as a shared and collective place to live, work and play. 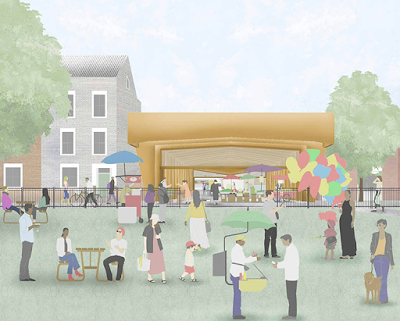 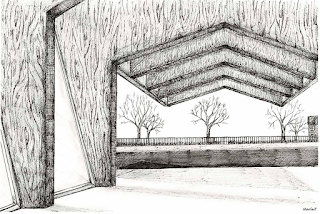 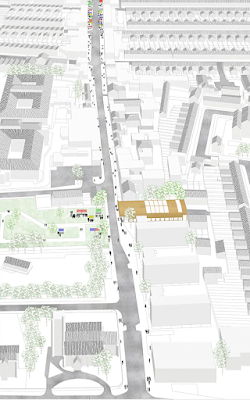 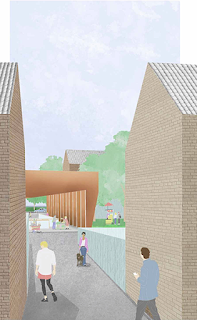 Alfred Hatch (year 3 unit A student) was awarded the Portfolio Prize for his Homerton Green House design project. He developed a multi-dimensional design strategy for the Gascoigne Estate, that critically rethinks the urban residential neighbourhood, in the context of current climate emergency. The proposal engages with a number of local stakeholders by working collaboratively to reduce environmental impacts, produce local food, generate renewable energy through waste, promoting a self-build process and environmental activism and by setting out a plan for a radical green vision through tree-planting. 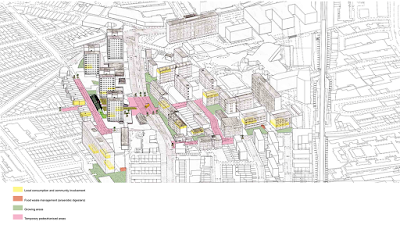 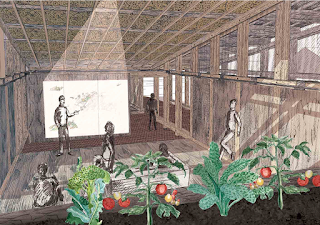 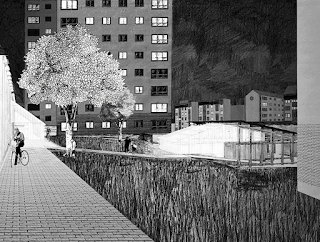 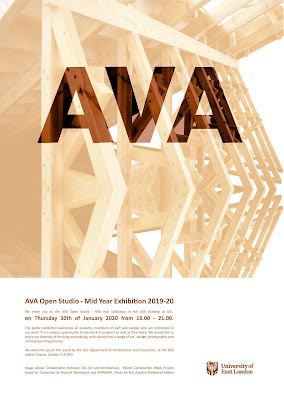